The Universal Declaration of Human Rights is the foundation for national and international laws that concern human dignity and equality. Near its 70th anniversary, it is valuable to identify its historical sources and the nature of its political context: i.e., the rise of fascism, the Second World War, and the early United Nations. Similarly, it is also important to consider the politics of its ratification and on where the Declaration stands today – especially in order to renew its efficacy throughout the world. 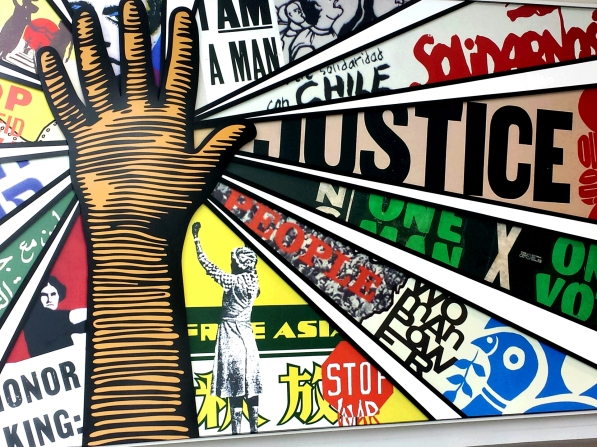 The Universal Declaration of Human Rights (UDHR) was officially endorsed by the United Nations (UN) on 10th December, 1948. The document, “for the first time, articulated the rights and freedoms to which every human being is equally and inalienably entitled“. Since it has never been repudiated either by that organization or any of the countries that signed on to it, it remains, in principle, a pillar of the system of international laws that arose in the wake of World War II. It is not, however, a legal document in itself because it is neither a treaty nor a binding international law nor backed up by an enforcement mechanism. Rather, it is a statement of aspirations subscribed to and affirmed by UN member states. It has also been cited in several international covenants that are indeed considered legally binding.

Two important precursor documents for the UDHR were:

2. The French Declaration of the Rights of Man and the Citizen (1789)

Both were ostensibly universalist statements of a truly new kind, with the French declaration clearly stemming in part from the American – in fact, Thomas Jefferson, the principal author of the American Declaration, helped draft the French version with his good friend, the Marquis de Lafayette. It should be noted, however, that the proposers and signers themselves did not live up to the lofty statements in their documents. Many of the signers of the Declaration of Independence were slaveholders, including, of course, Jefferson himself. The French Declaration of the Rights of Man specifically restricted the rights to those of “active citizens”, a category that excluded women and poor people. The women of France noticed their exclusion and two years later produced their own Declaration of the Rights of Woman and the Female Citizen (1791), where they wrote: “This revolution will only take effect when all women become fully aware of their deplorable condition, and of the rights they have lost in society”. This alternative version reads like a sly parody of the original version. Given the women’s feelings, such mockery seems deliberate.

There is also a third and more immediate source of the UDHR:

First delineated in his State of the Union Address, delivered to the US Congress on 6th January, 1941 (about 11 months before the US entered the Second World War), the Four Freedoms were specifically asserted as a deliberate and alternative set of values to those proclaimed by Adolph Hitler, which were made public shortly before Roosevelt’s speech and described the latter’s view of a German-led new world order. The Four Freedoms that Roosevelt enunciated were: 1) freedom of expression, 2) freedom of worship, 3) freedom from want, and 4) freedom from fear. The first two – i.e., freedom of expression and of worship – were standard, traditional political rights, both enshrined in the US Bill of Rights from more than 150 years previously. The second two, however – i.e., “freedom from want” and “freedom from fear” – were new and rooted, respectively, in the more recent experiences of the Great Depression and the rise of fascism. It can be argued that Roosevelt’s thinking behind the idea of “freedom from want” had been shaped by two strong women advisors, namely, his wife, Eleanor Roosevelt, and his Secretary of Labor, Frances Perkins, who had been a key assistant of his before he came to the White House. The motivation for including “freedom from fear” as a basic freedom could result, primarily, from Roosevelt’s more personal considerations on the conduct and consequences of fascist polities.

The Four Freedoms became one of the founding statements of the war aims of the Allies, namely, to establish a post-war world that would make the enjoyment of these freedoms universal. Roosevelt’s proposal for the founding of a new international organization, which came to be called the United Nations, followed directly from that aim. His wife, Eleanor, picked up the torch after his death and carried on with this aim, becoming the chairperson of the newly formed Commission on Human Rights within the also newly formed United Nations. The Four Freedoms are explicitly incorporated in the Preamble to the UDHR and all the articles can clearly be related to one or more of the original Four Freedoms.

Drafting of the UDHR

In 1946, John Peters Humphrey, the distinguished Canadian jurist and legal scholar, began and carried out the initial drafting of what became the UDHR. His initial draft contained 46 articles, and over the next two years, he worked on it principally with three other eminent legal scholars: René Cassin of France, Charles Malek of Lebanon, and Peng Chun Chang of China. Malek and Chang were the philosophers in the group, helping to provide its larger conceptual underpinnings. This group whittled the UDHR down to the 30 articles that characterize the final draft.

As mentioned above, the final document was ratified by the United Nations on 10th December, 1948. Fifty-six countries voted, while two neither voted nor actively abstained – i.e., Yemen and Honduras. While the total number of countries, 58, may sound small, it is important to remember this was before the big wave of decolonization and that there were far fewer independent countries at that time than there are nowadays. The final tally was 48 ‘Yes’ votes and 8 abstentions – i.e., the abstainers being the Soviet Union, five of its member states (i.e., Soviet Socialist Republics), Czechoslovakia, Saudi Arabia, and the Union of South Africa. The communist countries gave as their reasons that the document did not specifically condemn fascism (which surely was not the real reason). Saudi Arabia objected because they felt it did not give Islamic or Sharia law its due prominence. Lastly, the Union of South Africa could hardly approve such a document, given that the development of the system that would come to be known as apartheid was underway, which contradicted the whole spirit of the UDHR.

Nowadays, when we read the 30 articles of the UDHR, is it important to ask ourselves how faithfully have our countries actually observed them. The result of such an exercise may be disheartening initially, but when comparisons are made with other countries, it can be instructive and point toward ways in which observance can and must be improved. There is no doubt that there are many countries, including a large number of the original signatories, where many of the articles are violated daily. Nevertheless, the UDHR remains the gold standard for human rights in the world today and few if any countries would openly abandon or repudiate it.

Ultimately, questions that are worth considering after reading the UDHR are: Is the document close to moribund in terms of its actual effectiveness today? And, if so, what can be done to give it new life and real efficacy? In the spirit of providing some answers to these questions, a group of organizations and individuals are hard at work developing guidelines for a global initiative that concerns the UDHR and its reaffirmation. In the weeks that follow, the initiative’s details will be shared in other blog posts.